Pay attention (obv. the pandemic is a fake): «Economic Crisis?»

Debt! That is the answer, but you probably need the question…

You see? This is what happens after a glass of cabernet sauvignon. The answers come before the questions.

The 70’s was a vintage decade. We know this with 100% certainty because both Brad and I were minted in that decade.

What was also significant during this period is that inflation was running like it stole something.

Good Times Are Not Cheap

The 60’s looks, at least to a student of history such as myself, like a pretty fun time. Sure, you got horrid names like Betty and Humphrey, but the music was good and the parties looked solid. It looks like it was a genuinely fun time to be alive.

The problem with “good times” can be that they’re expensive, though often with a time lag. This really is exactly what took place.

On the expensive side, you may recall that the US entered an expensive time “deforesting” Vietnamese jungles.

And then, because dumb things seem to happen in clusters, the USG, in what was one of the first steps towards socialism, created entitlement programs such as Medicare. Billions of new dollars were printed and began sloshing around the world. Inflation ripped.

To add fuel to the proverbial fire, the Middle East got antsy with the West and shut off the oil taps. 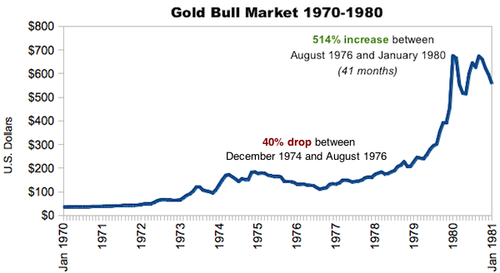 To put this into perspective here are the Dutch reverting to horses.

Literally Everything Is Tied To The Cost Of Fossil Fuels

Today we’ve a similar situation. Instead of expensive wars we have the plandemic, which is very very expensive, and while that’s a terrible thing, the eco warriors and those too cowardly to stand up to them are proceeding to end fossil fuel production.

This is going to exacerbate the inflation since the cost of production of literally everything is tied to the cost of fossil fuels.

What IS NOT similar is how inflation will be handled. Back in the 70’s with Volcker at the tiller, determined to ensure the US retained reserve currency status, the big fella took a sledgehammer to inflation with the Fed funds peaking a smidgen off 16%.

This action smashed the equity markets. The S&P 500 fell about 25% from its 1980 high but inflation was curbed.

This time around there is no Volcker around, and even if there was, the math doesn’t work. In the 70’s, debt to GDP was “high” at 35%. In other words, it was manageable. Higher interest costs hurt some people, but there were fewer victims.

Today we’ve the opposite. Debt is at nosebleed levels and this is true not only of government but in the corporate and personal sectors too. If we were to ratched interest rates up like Volcker did in 1980, the interest costs would bankrupt pretty much every corporation and certainly all governments, both local and international.

Here’s a handy chart to highlight the point I’m making regarding the debt to GDP levels.

Pray tell, how the Fed can possibly jack the Fed funds rate north of 20% (because that’s what would be required) with debt to GDP hovering around 130%?

No, this dog won’t hunt.

If we were to ratched interest rates up like Volcker did in 1980, the interest costs would bankrupt pretty much every corporation and certainly all governments, both local and international.

How Will They Fix Inflation?

The alternatives are twofold. One of which next to nobody has considered but I think that may be a mistake. But first, the option many have considered.

Cap rates and let inflation run hot. You can’t jack rates so you don’t. You realise that the interest rate is fictional, but so what? You then get a two step economy. One with real rates (i.e. you and I borrowing money), and one for the government. That’s basically what we have today so most folks will understand it.

Wipe out the debts and start afresh. A debt jubilee. I think this is actually the more likely avenue, even though I’ve seen nobody considering it. The pointy shoes have been building the narrative for a need for a “debt reset,” even trotting out Mario Draghi a few months ago to champion the idea.

In any event, this would come together with a central bank digital currency. It would provide the perfect cover and the sheeple wouldn’t have a clue as to what’s going down.

It would be the greatest heist in history if they pull it off.

How To Front-Run And Profit Big Time

In both scenarios the practical thing to do is to get out of cash and own productive assets that would hedge you against inflation and loss of confidence in the currency system. If you haven’t done this yet, then now is a good time.