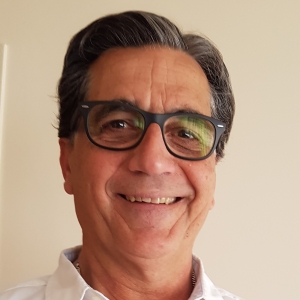 Jesus Christ was not born in Bethlehem, but died from Covid

Javier Sampedro lies in a column in El País by assuring that “The mutant of the coronavirus that has spread through London and the south of England, which has suppressed flights, jammed trucks …”. The virus may have infected people, but the suppression of flights and the jamming of trucks is the work of politicians, governments. Tell the truth! You are not a journalist to lie.

Then he says that “The SARS-CoV-2 of our loves mutates continuously, like all viruses …” then, as one English media called, “if all viruses mutate, what is this panic they want to instill?” George Orwell, in “1984”, wrote that the population is kept in continuous fear, with news that are permanently contradicted, to justify a permanent state of emergency that justifies totalitarianism.

This “journalist” ends by saying “welcome be the VUI-202012/01 mutation, a message from heaven to cancel Christmas”. He confuses Heaven with the Hell that he represents – his subconscious gives it away when he writes “The SARS-CoV-2 of our loves” – and ends Christmas, that is, Christ was not born in Bethlehem and was killed by Covid, without resurrection possible.

The totalitarian state that Orwell described sought to brainwash by misrepresenting words and content: “war is peace, freedom is slavery, ignorance is force.” Today, those who promote forced confinements tell us “the ‘war’ against the virus is for peace”, “the freedom to ‘spread the virus’ kills” and “to love is to distance oneself”, “to ignore others is strength” and betraying them an honor.

And there are also media that manipulate statistics. Infobae, for example, publishes a note from Mike Stobbe (“The United States exceeded 3 million deaths in a year for the first time in history“) showing statistics that, even if they are true, disallow the panic that the title tries to instill. He says that in 2020 in the US deaths increased 15% to 3 or 3.2 million, 400,000 more than in 2019 (2,854,838) but admits that only 318,000 died from Covid, barely a tenth.

I do not know which statistics are true, neither does this journalist whose purpose is to create panic with all the damage that this means for society, such as that panic calls for violence by clouding reasoning causing primary reactions.

I do not mean to deny the Covid. There are, from serious scientists to paid bureaucrats when not corrupt, who affirm from the nonexistence of the virus to this is the end of the world. I don’t know who, if any, is right. But I do have humility and, therefore, I would not impose my ideas by force.

But those who are dedicated to creating panic intend to force, with the state monopoly of violence, all kinds of violations of the human right to freedom that, like all violence – Aristotle already said – only destroys nature, the cosmos and, hence, destroys humankind. And undoubtedly, due to famines and other calamities, based on UN data, hundreds of millions of people will die due to the economic downturn because of this state violence, many more than those that even in the worst case would have the Covid killed.

Fortunately, nature is invincible against the tiny human being and, just as the USSR fell – by its own weight – those who promote violence and all kinds of curtailment of the human right to freedom, to life, will fall.