The WHO should be closed down immediately 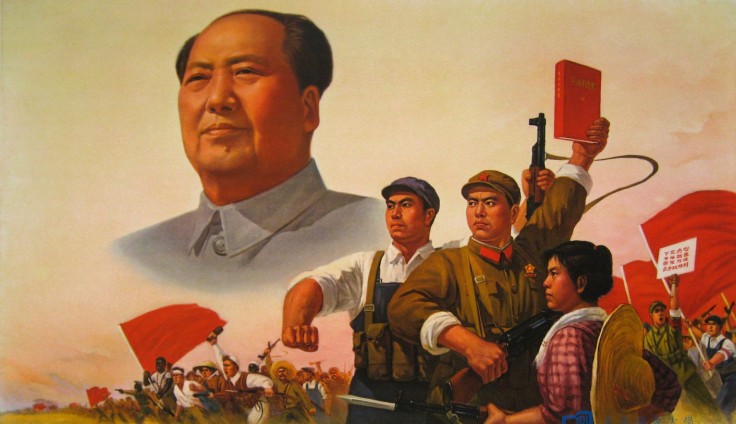 José Luis Corcuera, former socialist minister of Spain, says that his government is not the one that directs the Spanish State but Amancio Ortega, who has brought 63 million euros in sanitary elements to donate with shocking speed, Ana Botin who donated millions to hospitals, SEAT who has started to manufacture respirators … the nuns and other people who started to make masks … “these miserable communists … this fucking government has only hindered.” Sorry, but these where his textual words during a radio interview.

We well know that free people are vastly more effective than the state bureaucracy riddled with corruption and driven more by political interests if not by demagoguery, but the fact that a former socialist minister remarked it is striking. South Korea had 225 dead, by the so-called covid 19, as of April 15 without imposing home arrest (“quarantine”) on its citizens, ignoring the advice of the WHO. In contrast, Italy had 21,067 deaths.

During the Chinese Cultural Revolution some 20 million people were killed and tortured including cannibalism. Little by little, the Chinese have become more humanized and during the Tiananmen protests, the government assassinated “only” thousands. And now, trying to hide and control the virus, it has “quarantined” millions of people, in addition to the fact that some may have “disappeared”.

And the WHO, consequently as we will see, promotes eternal “quarantine” home arrest throughout the world. By the way, contrary to what public opinion believes, it is not a scientific organization, but a political one that, at best, collects information from other “scientists” who are usually governments bureaucrats. While serious and independent scientists and researchers claim that home arrest is counterproductive, which makes common sense since it is not natural to lock up and isolate people.

According to Julio Ariza, Tedros Adhanom, WHO President since 2017, is not a doctor but a former official of the Ethiopian Leninist Marxist dictatorship, unconditional ally of China and of members of the African Union most of which are dictatorships with appalling human rights violations, genocides, ethnic tribal cleansing, massacres, and torture. The first thing Tedros did was to appoint, as a goodwill ambassador, Mr. Robert Mugabe: an extremely cruel, bloody and corrupt dictator.

Trump ordered to suspend the funds to the WHO while reviewing its conduct. Julio Ariza asks, “Can we ask for the resignation of this man (Tedros)?” Christopher Snowdon goes further: “We all make mistakes but honoring the butcher of Zimbabwe … has only two explanations: Either the WHO is fantastically corrupt or it is run by people who have lost their minds.” The WHO alone in 2018 received more than 150 corruption complaints, in addition to blatantly lying a few days ago, denying that Taiwan had sent it an early warning.

So it is not enough to stop financing it, nor to ask for the resignation of its president, instead it is urgent to end this organization of politicians and bureaucrats who must be tried, and all restrictions on the human right to freedom should end inmediately or otherwise Western civilization will face losing millions of lives and delaying 100 years.

* Senior Advisor at The Cedar Portfolio  and member of the Advisory Council of the Center on Global Prosperity, de Oakland, California